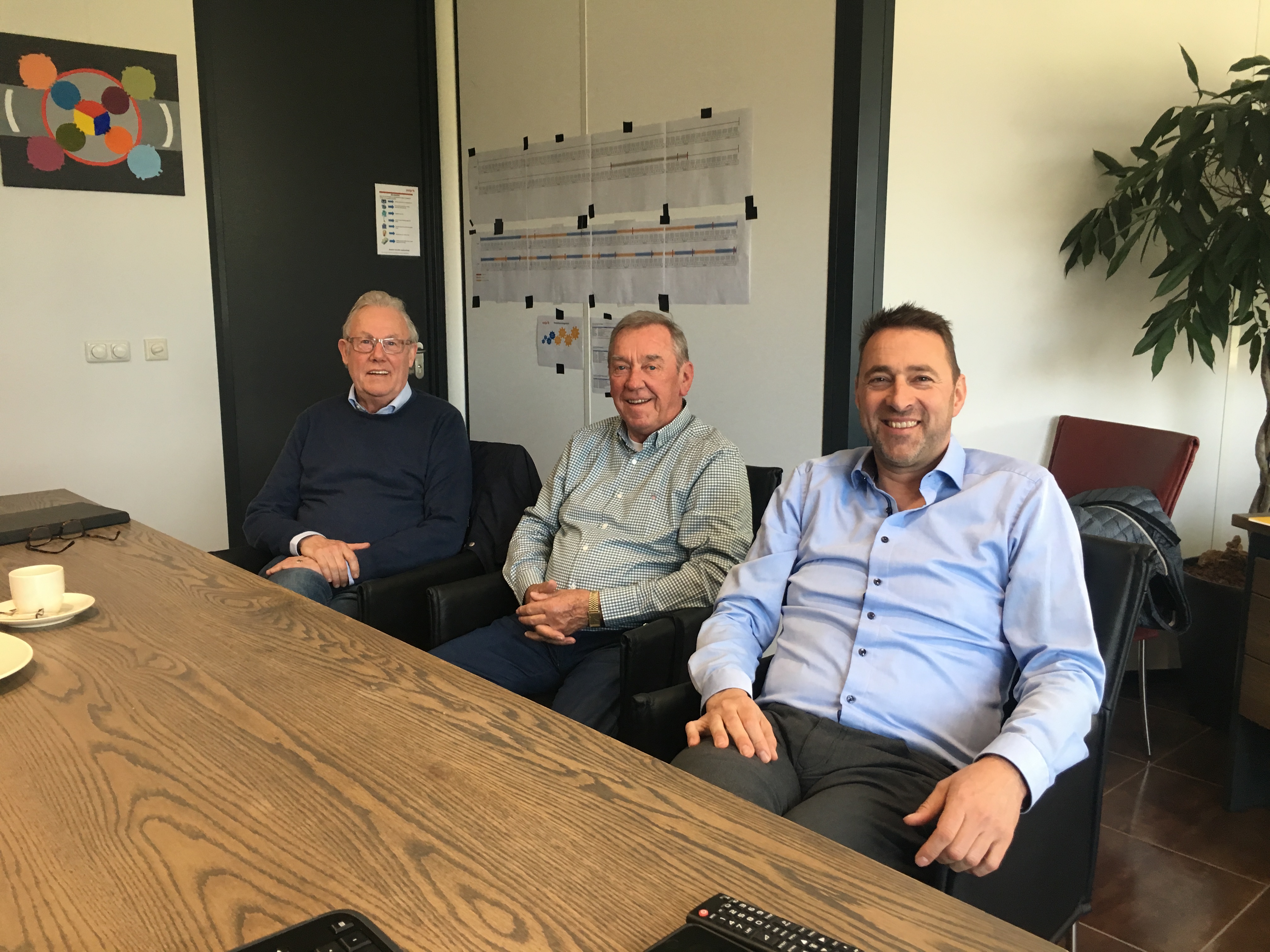 In conversation with the men of the first hour and founders of Crown Uitzendgroep: Koos den Otter, Wim van den Westelaken and Arno van de Ven.

How did Crown Uitzendgroep come about?

“Crown started as an addition to Vetipak. In order to meet the demand for staff, we then decided to start our own employment agency. In the beginning we never had the intention to open several branches or to grow larger, but purely to facilitate the growth of Vetipak ”, Koos begins.

Why did you set up your office in Eindhoven?

“We were able to rent a fully furnished office fairly quickly and cheaply and that suited us. And the then director was from Eindhoven, so everything fell into place, “Wim says. “We have never felt the need to start in a different industry, such as technology or something like that. We did not have the knowledge and we were just good at this! ”

You have been in Veghel for a number of years now, next to Vetipak. What is the reason for having the office in Veghel?

“Because most of the employees at Vetipak worked in Veghel. If anything came up, they had to drive to Eindhoven. Now they can easily walk in from the factory and ask a question. Koos adds: “We are now also much more accessible for the regular Question Time. In addition, we still have a lot of spontaneous visitors from who want to register to work for us. That is unique, partly because you can always walk in, with any question whatsoever. We have now also gained name and fame in the region. ”

Has much changed since its foundation?

Koos continues: “When we just started, there was not much demand for production and logistics employees. That resulted in a lot of temporary commitment, sometimes for a few days or a few weeks. Staff turnover was very high, but we soon realized; if you want certainty, you have to bind people to you. Permanent contracts, offering training, thinking about housing, and so on. Security works both ways, towards the employee but also towards the customer. ”

“The market has changed. In the meantime, many more competitors have appeared, but the customer has also changed. This also requires more certainty and quality. In the past we were sometimes able to deploy employees for a number of days, “Wim says.  “But now the customer, but also the employee, wants a certain level of certainty in terms of commitment. And we, as an employment agency, must respond to that. So, if you look at it that way, a lot has changed in ten years! ”

At first the merits of the mainly Polish employees were in the Netherlands, but they still lived in Poland. Now that the lines with Poland have become much shorter, more and more families are settling permanently in the Netherlands. Our employees now work with us for longer periods of time, “concludes Wim.

Why the name Crown?

Koos: “We came together once, with the then director Ronald. During a creative session it became clear that we wanted to do something extra. We wanted to be “the crown on the job”. “And that’s how the name came about”, Arno agrees. “We had to pay attention because at the time there was also a company called Crown, but that was a royal company. In the end, the name remained and has since become a household name. ”

Do you have a nice anecdote about the starting period?

Arno starts: “We had an employee working on a line and he also spoke English well. At some point a work instruction had to be made for that line and everything had to be translated into Polish. But a manual was also required, so he also made a drawing with it. After a month this man was making drawings on the PC. It turned out he was a highly skilled engineer! He ultimately helped us to build and draw machines for another year. ”

Have you left a certain signature in the organization?

“In the past it was much more about knowing each other and if someone worked for us, then the rest of his family members came to work for us fairly quickly. Nowadays that is much less the case, and employees are more consciously choosing an employer or employment agency. As an employment agency you really have to offer something, and we do have that! ” says Koos.

“In the past it was about people and it still is. We treat our people the way we want to be treated ourselves. We put people first and that is the most important thing. No weird antics or other things; that is who we are “says Arno.

Do you want to be up to date?