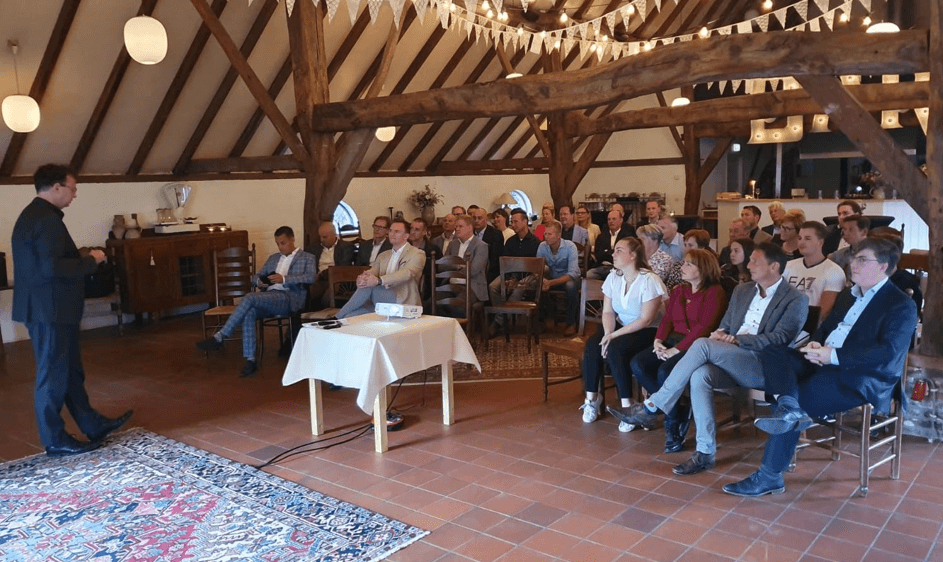 “Crown Uitzendgroep started as an addition to Vetipak. Ten years ago, in order to meet the demand for staff, the shareholders decided to set up their own temporary employment agency. Crown Uitzendgroep celebrated its tenth anniversary with customers, employees, suppliers and shareholders on September 18th. Two inspiring speakers spoke to the audience about two topics.

People & technology
Prof. Albert Veenstra discussed the state of affairs of logistics in the Netherlands, the influence of technology, the impact of robots on people’s work and what this will mean for the temporary employment sector. Questions we can ask ourselves: What is meaningful work? Where is the complementarity between people and machines? Is the complexity of the machine not too great for the people who have to work with it? Does the machine effectively remove the robot from humans? Questions that will occupy us in the coming period.

Friendship
It is impossible or even undesirable to make friends of all customers. But what would meaningful relationships with customers look like if we treated them as if they were friends? If we take the relationship as a moral starting point? If we don’t think in terms of transaction but interaction? Those were the questions that Dr. Edgar Karssing, assistant professor at Business Universiteit Nyenrode, presented during the 10-year birthday party of Crown Uitzendgroep. They all had to work in groups with the questions: What do we want to achieve with each other? And what is needed for that? Plenary feedback provided good insights.

Do you want to be up to date?